You read the story, made the birds, still a day or two to go and it's gotta be fun!

Distribute the strips below to each student (there are only about 20).  Re-read the story.  As students hear where the cat found birds have students put their corresponding strip on the whiteboard/in a pile/in a bin.  Use the word strips for the following drama activity.

2 Options, for both games students use the word strips of locations from the story for their pantomime.  Be selective with the locations, some fit the drama activity well some do not (ie, dans un cage):

With only a few minutes to plan, an actor (student) pantomimes (no talking) a simple activity and the audience guesses what it is.  The audience waits until the performance is completed before guessing.  The audience then recounts details of the performance.  The actor can also simply announce the activity in advance, in which case the audience does not guess the scene, but evaluates how well the actor communicated.  For example if the student draws, at the beach, they pantomime something they would do at the beach.

Quickly assign students groups and hand them a word strip of one of the locations birds were seen in the story (keep it secret and hidden from the other groups).  Make sure all the actors know they are to pantomime an activity, and not to speak.

As the participants plan their performances, circulate around the room, making sure that each group member plans to do a different specific activity.  be prepared to prod:  "what are some of the things you do when you are at the beach?"  Keep the planning time short - five minutes. 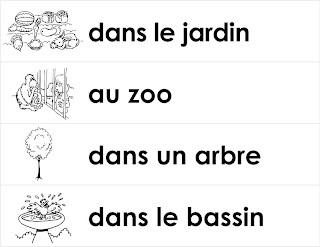 Locations from the story "Ah ces oiseaux", "Have you seen birds" by Barbara Reid.

Students have heard the story, made clay birds, participated in the story, dramatized the settings in the story.  Now, go and write and describe where your little clay bird is and who spotted him (in the story it's a cat, will it be a predator?  An observer?). 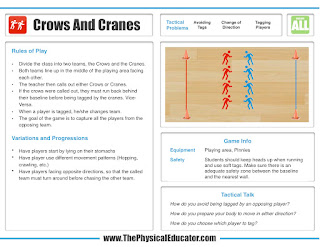 Play Crows and Cranes (Les hutardes et les mouettes, de notre histoire!).  If you love how easy-to-follow these PE game instructions are check out this site, my new favourite at The Physical Educator. 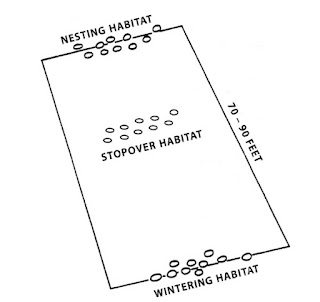 One more, only if you're hard core, go to Project Wild and play migration headache (À tire-d'aile).  It isn't as complicated as it looks and it really gives students an understanding of the threats to migratory birds.

Here are the habitat scenario cards, not in French yet . . .